By browsing this website, you consent to our use of cookies to improve your user experience and to deliver personalised content to you. More info Close X

Tablets are wonderful devices, aren’t they? You can do so much with your tablet – make calls, play games, listen to music and watch videos and use those wonderful apps – tablets are indeed wonderful devices. Tablets, along with smartphones, sell like hot cakes throughout the world. And why not? Tablets combine the functionality of laptops and smartphones and this is why people prefer these devices. As you look for that perfect tablet in various online stores, it is easy for you to fall prey to confusion. But read on and you will know what to look for.

Why do you need a tablet for?

There are mainly three operating systems on which most tablets run – iOS, Android and Windows. iOS is Apple and everyone loves Apple. You owe an iOS tablet and everyone will sit up and notice. But if you are looking for more versatility, then Android is the platform for you. Android is also much more open than iOS and there are a lot more free stuffs. Windows has not gained the sort of popularity that Microsoft would have hoped for, but it has its positives – if you like the tile concept of Windows, then Windows tablets should delight you. Whichever OS you choose, opt for the latest version. Also see that your tablet will get upgraded when the OS version is upgraded.

All about the tablet screen

When you buy a tablet, you want that large screen for total entertainment. In tablets, the screen sizes range between 7 inches and 13 inches. The 7-inch tablets are more portable and can fit into the pockets of your trousers. The 13-inch tabs are the vanity products – they come packed with features and are a delight to show off. Apart from the screen size, the screen resolution also needs to be considered. 1080p is considered excellent resolution for tablets, although there are now tablets with higher resolution. The screen should also be sensitive enough to respond to your touch.

Until recently, 512MB RAM was considered to be great, but not anymore. The latest games available on tablets are hard to ignore and none of the top games can be played on a tablet with 512MB RAM. You should ideally be looking at least 2GB RAM. For standard use, a tablet with 1 to 2 GB of RAM is good enough. Of course, the more the RAM, the better is the performance.

There are tablets that only work on Wi-Fi and there are tablets that also have slots for a SIM card. The latter tablets can also be often used for making calls. However, they are also more expensive – you should look at these tablets if you intend to make all your calls using your tab.

Storage – internal only or external too?

Of course, you will look at the battery performance, an important criteria since you are expected to carry your tablet along with you. Another feature to consider is webcam – most of the tablets come with webcam anyway. Some of the tablets also have slots where you can connect a keypad or keyboard. If you need to type a lot, then this functionality helps.

Which tablets for which use? 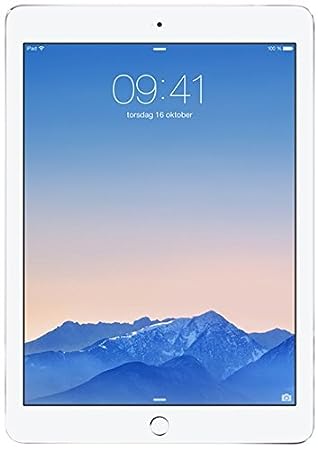 In terms of sales figures, no one can touch Android. Android OS is used by the top tablet manufacturing companies in the world and you get an immense range of products. Some of the top models to consider are Samsung Galaxy Tab A 9.7" WiFi 16GB, ASUS Zenpad Z380CX-A2-BK, Google Nexus 7 (2013) 16GB, Samsung Galaxy Tab 4 WiFi 7" 8GB and Samsung Galaxy Note Pro 12.2" WiFi 32GB.